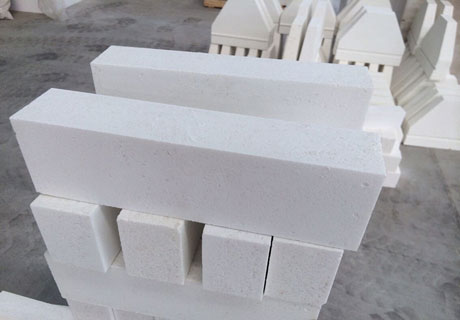 In order to make alumina sintered easily, alumina is usually crushed before pressing.The fineness of alumina has important influence on the properties of sintered alumina brick.The forming methods include ball pressing, vacuum extrusion, blank pressing, etc. The density of the billet should be increased as much as possible so as to make the good properties of corundum brick. Because the calcination temperature is around 1750~1950℃, rotary kiln and vertical kiln are mostly used. But if the Al2O3content is low, sintered corundum brick tunnel kiln can also be calcinated in tunnel kiln.

The sintering material tabular alumina, also called corundum plate is sintered rapidly under the high temperature of above 1900 ℃ into recrystallization α-Al2O3. The microstructure of the sintered corundum brick is that the crystallinity of α -Al2O3 is large and the median diameter is most at 40~200 um. The two-dimensional morphology of the crystal is flat and interspersed with each other, while the air holes are less, generally 2%~3%. The sintered corundum brick has good volume stability and thermal shock resistance when under heating.