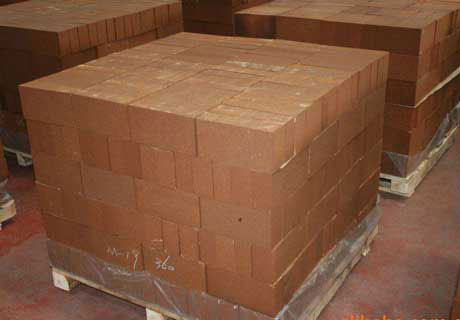 Magnesite Bricks belong to magnesite refractories and contain magnesium oxide content more than 90%. Magnesite refractory bricks are basic refractories made of main crystalline phase periclase, which are normally divided into burned magnesite brick and magnesite chem-bonded burned brick. Magnesite brick has good alkali resistance and is widely used in alkaline open hearth for steel-making, the bottom of the furnace and the wall of furnace. Contact us for more info.

Magnesite Bricks, also called magnesia bricks, magnesium bricks, magnesite refractory bricks and magnesite fire brick, which are alkaline magnesite refractories composed of periclase as the main crystalline phase. Since magnesium oxide content is over 90 %, they have strong alkali resistance and good high temperature resistance. In the heating furnace and soaking pit, Magnesite Bricks are mainly used for laying the bottom surface of the furnace and the bottom of the soaking pit.